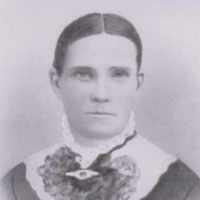 When Sarah Elizabeth Jones was born on 11 June 1835, in Newent, Gloucestershire, England, United Kingdom, her father, Richard Lloyd Jones, was 40 and her mother, Jane White, was 42. She married Frederick Shoell about 1855, in Sheepscombe, Gloucestershire, England, United Kingdom. They were the parents of at least 3 sons and 9 daughters. She died on 13 July 1917, in Pleasant Grove, Utah, Utah, United States, at the age of 82, and was buried in Pleasant Grove City Cemetery, Pleasant Grove, Utah, Utah, United States.

NOTE: In writing a history of ancestors many factors must be considered. I have tried to make this as authentic as possible. The material has been handed down from my grandmother and her children a …