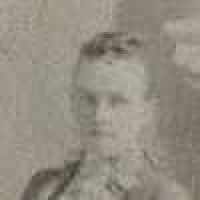 English and Welsh: from the Middle English personal name Jon(e) (see John ), with genitival or post-medieval excrescent -s. The surname is especially common in Wales and southern central England. It began to be adopted as a non-hereditary surname in some parts of Wales from the 16th century onward, but did not become a widespread hereditary surname there until the 18th and 19th centuries. In North America, this surname has absorbed various cognate and like-sounding surnames from other languages. It is (including in the sense 2 below) the fifth most frequent surname in the US. It is also very common among African Americans and Native Americans.

English: habitational or occupational name for someone who lived or worked ‘at John's (house)’.

"Grandma" Raper Dead, known all over Salt Lake and Ogden as "Grandma Raper," died at her home, 2823 Washington Ave., the residence of W. F. Critchlow, at 2:30 this morning. Her death was caused by old …