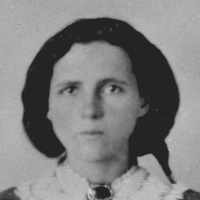 The Life Summary of Emma Beck

Put your face in a costume from Emma Beck's homelands.

[Note from transcriber: many of you reading this will find your ancestors mentioned because Eliza wrote of the people she loved and associated with, and people who were kind to her family. Journal of …