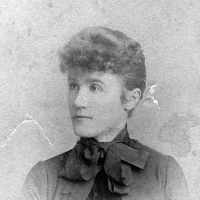 The Life of Adeline Emma

Put your face in a costume from Adeline Emma's homelands.

Jewish, English, German, Portuguese, French, Dutch, and southern Indian: derivative, via Latin Jacobus, from the Hebrew personal name ya‘aqobh (Yaakov). In the Bible, this is the name of the younger twin brother of Esau (Genesis 25:26), who took advantage of the latter's hunger and impetuousness to persuade him to part with his birthright ‘for a mess of potage’. The name is traditionally interpreted as coming from Hebrew akev ‘heel’, and Jacob is said to have been born holding on to Esau's heel. In English Jacob and James are now regarded as quite distinct names, but they are of identical origin ( see James ), and in most European languages the two names are not distinguished. It is used as a given name among Christians in India, and in the U.S. has come to be used as a surname among families from southern India.