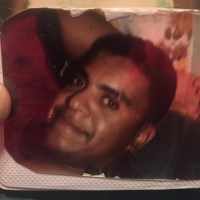 The Life of Caroll Jennings

Put your face in a costume from Caroll Jennings's homelands.

The Yalta Conference was held in Crimea to talk about establishing peace and postwar reorganization in post-World War II Europe. The heads of government that were attending were from the United States, the United Kingdom and the Soviet Union. Later the Conference would become a subject of controversy at the start of the Cold War.
1948 · Dover Air Force Base

In March of 1941, Municipal Airport Dover Airdome, in New Castle, Dover, Delaware was under construction by December 17 of that year, it was opened after the attacks on Pearl Harbor. It was given the name Dover Air Force Base January 13, 1948 and is still in use today.
1960