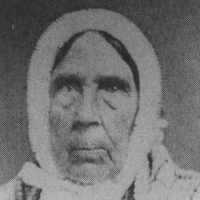 The Life of Christina Campbell

Put your face in a costume from Christina Campbell's homelands.

In 1802, John Playfair published the Illustrations of the Huttonian Theory of the Earth. His influence was by James Hutton’s knowledge of the earth’s geology.
1812

Christina “Granny” LIVINGSTON 1789-1876 (The following was taken from a skit written by Nancy Livingston Law in 1981, and was given as a monologue at the Livingston Family Reunion on June 15, 198 …