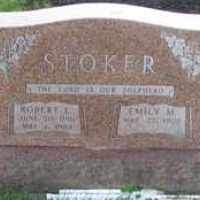 The Life of Emily Martha

Put your face in a costume from Emily Martha's homelands.

The first minimum wage law took effect in 1919 and specified women and children under 17 years of age should be paid 22 cents per hour.
1934 · Kohler Strike

1 German: from Leiter ‘leader’, status name for a foreman or for the leader of a military expedition, from Middle High German leiten ‘lead’.2 German and Jewish (Ashkenazic): variant of Leitner .