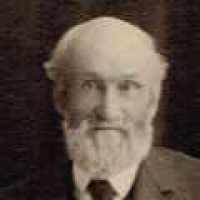 The Life Summary of Walter Kerr

Put your face in a costume from Walter Kerr's homelands.

English (Northumberland and Durham) and Scottish: habitational name from either from Dryden in Roxburghshire or Dryden near Roslin in Midlothian, perhaps named from Old English dr̄ge ‘dry’ + denu ‘valley’. The poet John Dryden (1631–1700) was born in Northamptonshire, after his ancestors had migrated there from Cumbria in the 16th century.