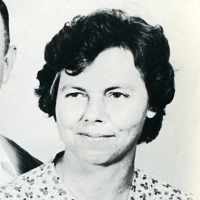 The Life of Etta Louise

Put your face in a costume from Etta Louise's homelands.

In 1920, the 19th amendment was ratified making it so that women could vote. This achievement finally gave North Carolina the freedom to vote they had been fighting for since 1897.
1942 · The Japanese American internment

Etta loved gardening every spring and summer, she had lovely flowers in her yard. Etta also had a garden and she loved canning. she always took good care of her garden. Etta loved sharing it with fam …