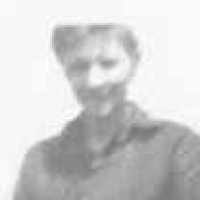 When Mary Ann West was born on 2 September 1869, her father, Thomas West, was 38 and her mother, Mary Astley, was 33. She married Ernest Albert Harding about April 1889, in Leicester, Leicestershire, England, United Kingdom. They were the parents of at least 9 sons and 7 daughters. She died on 19 June 1958, in Brandon, Manitoba, Canada, at the age of 88, and was buried in Brandon, Manitoba, Canada.