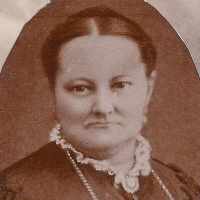 When Hannah Tregale was born on 4 September 1828, in Kingsteignton, Devon, England, her father, John Tregale, was 39 and her mother, Amy Bunker, was 36. She married William Gilbert Burton on 9 May 1852, in Stoke Damerel, Devon, England, United Kingdom. They were the parents of at least 3 sons and 6 daughters. She lived in Piedmont, Uinta, Wyoming, United States in 1870 and Evanston, Uinta, Wyoming, United States in 1880. She died on 14 June 1892, in Logan, Cache, Utah, United States, at the age of 63, and was buried in Logan, Cache, Utah, United States.

English: unexplained; it is possible that it is a variant of Threadgold , but this seems to have no early West Country connections.

Mary Ann (Polly) Lethbridge Stewart was baptized a member of the Church of Jesus Christ of Latter Day Saints in England on 20 June 1867. She was 22 years of age. She left for America in the company …