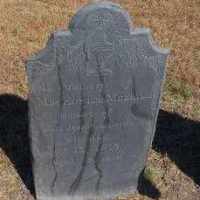 When Eunice Boothby was born on 10 March 1753, in Scarborough, Cumberland, Massachusetts Bay Colony, British Colonial America, her father, Samuel Boothby, was 26 and her mother, Susanna Milliken, was 16. She married Joseph Merrill on 2 May 1776, in Saco, York, Massachusetts Bay Colony, British Colonial America. They were the parents of at least 8 sons and 8 daughters. She died on 13 January 1813, in Livermore, Oxford, Massachusetts, United States, at the age of 59, and was buried in Hillman Ferry Cemetery, Livermore, Androscoggin, Maine, United States.