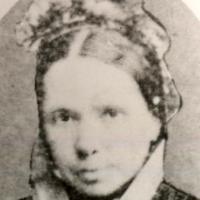 A United States law to provide financial relief for the purchasers of Public Lands. It permitted the earlier buyers, that couldn't pay completely for the land, to return the land back to the government. This granted them a credit towards the debt they had on land. Congress, also, extended credit to buyer for eight more years. Still while being in economic panic and the shortage of currency made by citizens, the government hoped that with the time extension, the economy would improve.
1822 · Visit of King George IV to Scotland organized by Sir Walter Scott.

The Visit of King George IV was organized by Sir Walter Scott two years after the Radical War ended. For the celebration of the visit, the creation of the Tartan Kilts came about and were worn by all men attending the celebration. These types of kilts have become part of Scotland's national identity.
1836 · Remember the Alamo

Scottish spelling of Eady, a pet form of Eade .