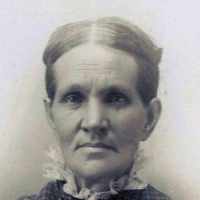 The Life Summary of Euphemia Izatt

Put your face in a costume from Euphemia Izatt's homelands.

In the little town of Clackmanan, Fifishire, Scotland, on August 9,1847, a gray-eyed, fair-haired baby girl was born. The parents, William and Janet Izatt Adamson, were proud of their new baby and nam …