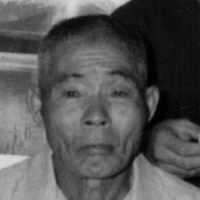 The Life Summary of Senkichi

Put your face in a costume from Senkichi's homelands.

China cedes Taiwan to Japan and permits Japan to trade in China.

Japan annexes Korea after three years of fighting. Japan is now one of the world's great powers.

Japanese: ‘abundant mountains’; found mostly in eastern Japan. The same characters are pronounced Tomiyama in the Ryūkyū Islands. The same name, written with characters meaning ‘outer mountain’ (and sometimes read Sotoyama), is less common. Many bearers of all versions of the name have samurai or noble connections. Yet another name, properly Romanized Tōyama, means ‘far mountain’. The name is taken from a village in Shinano (now Nagano prefecture) and is found in eastern Japan and the Ryūkyū Islands.