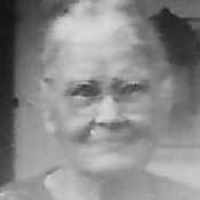 The Life of Anna H

When Anna H Voss was born on 2 June 1867, in Newark, Essex, New Jersey, United States, her father, John Voss, was 28 and her mother, Gertrude Van Olst, was 29. She married Harrison Pleasant Newton on 4 November 1886, in Des Moines, Polk, Iowa, United States. They were the parents of at least 1 son and 1 daughter. She lived in Calgary, Alberta, Canada in 1906 and School District 18 Valier, Pondera, Montana, United States in 1910. She died on 25 July 1954, in Walla Walla, Walla Walla, Washington, United States, at the age of 87, and was buried in Milton-Freewater, Umatilla, Oregon, United States.

Put your face in a costume from Anna H's homelands.

Caused by many crimes and breaking the Tenure of Office Act, Many Senators and House Representatives became angry with President Johnson and began discussions of his Impeachment. After a special session of Congress, the Articles of Impeachment were approved by the House and then the Senate. Making Andrew Johnson the first President to be Impeached.
1868