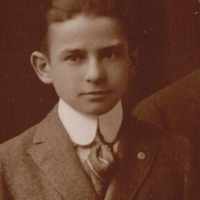 The Life of Alex

When Alex Andrews was born on 26 February 1903, in Chicago, Cook, Illinois, United States, his father, Alexander Andrews, was 39 and his mother, Amelia Schneckenburg, was 39. He had at least 1 son with Mabelle Gignac. He died about 10 March 1978, in Houston, Harris, Texas, United States, at the age of 75.

Put your face in a costume from Alex's homelands.

The Industrial Workers of the World was founded after a convention was held by radical trade unionists from all over the United States who opposed the policies of the American Federation of Labor. The IWW opposed the American Federation of Labor's acceptance of capitalism and its refusal to include unskilled workers in craft unions. The convention took place on June 24 and was referred by the workers as the Industrial Congress or the Industrial Union Convention. The IWW aimed to promote worker solidarity in the revolutionary struggle to overthrow the employing class.
1923 · The President Dies of a Heart Attack