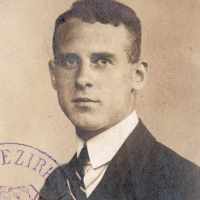 The Life of Johannes Adam

Put your face in a costume from Johannes Adam's homelands.

Archduke Franz Ferdinand of Austria-Hungary and his wife were assassinated in Sarajevo, Bosnia-Herzegovina provoking World War I.
1923 · The President Dies of a Heart Attack