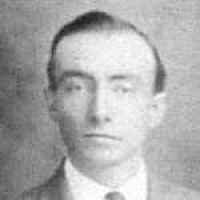 The Life of George Franklin

Put your face in a costume from George Franklin's homelands.

On November 11, 1889, Washington Territory became Washington State the 42nd state to enter the Union. The state was named in honor of George Washington.
1906 · Saving Food Labels

1 Irish: reduced form of McCambridge .2 English: habitational name for someone from either of two places called Cambridge: one in Gloucestershire, the other in Cambridgeshire (the university city). Until the late 14th century the latter was known as Cantebrigie ‘bridge on the (river) Granta’, from a Celtic river name meaning ‘marshy river’. Under Norman influence Granta- became Cam-. It seems likely, therefore, that the surname derives mainly from the much smaller place in Gloucestershire, recorded as Cambrigga ( 1200–10 ), and named for the Cam, a Celtic river name meaning ‘crooked’, ‘winding’.