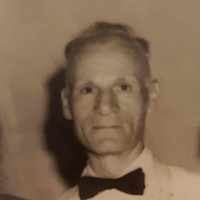 The Life of Peter Nicholas

When Peter Nicholas Madamas G was born in 1888, in Lesbos, Greece, his father, Nicholas P. Madamas GG, was 50 and his mother, Vasiliki Divanakis Madamas GG, was 18. He married Maria H Strattos Madamas G. They were the parents of at least 3 sons and 4 daughters. In 1917, at the age of 34, his occupation is listed as majestic shoe repair in Connecticut, United States. He died in 1949, in Springfield, Hampden, Massachusetts, United States, at the age of 61, and was buried in Oak Grove Cemetery, Springfield, Hampden, Massachusetts, United States.

Put your face in a costume from Peter Nicholas's homelands.

This Act tried to prevent the raising of prices by restricting trade. The purpose of the Act was to preserve a competitive marketplace to protect consumers from abuse.
1900 · First U.S.  Navy Submarine Constructed

The USS Holland was the first commissioned submarine. It was named after John Philip Holland. It had been laid down in November of 1896 and launched a year later. It was acquired and commissioned in 1900 and decommissioned five years later. The submarine was finally sold in 1913 and put on display until it was scrapped in 1932.
1906 · Saving Food Labels

Hungarian: occupational name for a fowler, from madár ‘bird’ ( see Madar ). This is also a common Hungarian place name, and in the form Madarasi, the surname may be a habitational name for someone from Madaras in Bács-Kiskun county or from any of various Szekler villages so called in Transylvania.