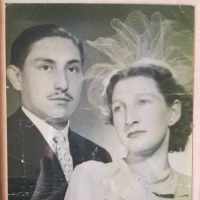 The Life of Elena

When Elena Poffan Salvatierra was born on 21 October 1933, in Valparaíso, Chile, her father, Ildefonso Poffan Jara, was 62 and her mother, Edelmira del Carmen Salvatierra, was 38. She married Mario Ernesto Muñoz Arellano on 2 December 1950, in Almendral, Los Andes, Chile. They were the parents of at least 1 son. She died on 17 December 2013, in Chile, at the age of 80, and was buried in Galvarino, Cautín, Chile.

Put your face in a costume from Elena's homelands.

New military-designed constitution is approved in a plebiscite.

There are no historical documents attached to Elena.