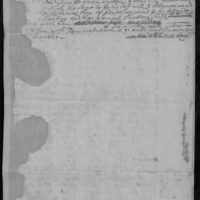 When Joseph Boyce was born in 1610, in Burford, Oxfordshire, England, United Kingdom, his father, Joseph Boyse 1st, was 35 and his mother, Margery Ellinor Watts, was 32. He married Eleanor Plover on 20 November 1634, in Burford, Oxfordshire, England, United Kingdom. They were the parents of at least 4 sons and 3 daughters. He died on 4 November 1684, in Boston, Suffolk, Massachusetts Bay Colony, British Colonial America, at the age of 74.

1 Scottish, northern Irish, and English: topographic name for someone who lived by a wood, from Old French bois ‘wood’.2 English: patronymic from the Middle English nickname boy ‘lad’, ‘servant’, or possibly from an Old English personal name Boia, of uncertain origin. Examples such as Aluuinus Boi (Domesday Book) and Ivo le Boye (Lincolnshire 1232 ) support the view that it was a byname or even an occupational name; examples such as Stephanus filius Boie (Northumbria 1202 ) suggest that it was in use as a personal name in the Middle English period.3 Irish: Anglicized form of Gaelic Ó Buadhaigh ( see Bogue ).