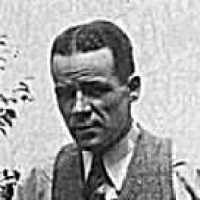 Put your face in a costume from Clarence Edward's homelands.

1905 · The Industrial Workers of the World

The Industrial Workers of the World was founded after a convention was held by radical trade unionists from all over the United States who opposed the policies of the American Federation of Labor. The IWW opposed the American Federation of Labor's acceptance of capitalism and its refusal to include unskilled workers in craft unions. The convention took place on June 24 and was referred by the workers as the Industrial Congress or the Industrial Union Convention. The IWW aimed to promote worker solidarity in the revolutionary struggle to overthrow the employing class.

U.S. intervenes in World War I, rejects membership of League of Nations.
1 Common European surname: from the personal name Abel, which is of Biblical origin and was used as a Christian name in many countries of Europe. In the Book of Genesis Abel is a son of Adam, murdered by his brother Cain (Genesis 4:1– 8). In Christian tradition he is regarded as representative of suffering innocence. The Hebrew form of the name is Hevel, from a vocabulary word meaning ‘breath’.2 German: from the personal name Abel, a pet form of Albrecht ( see Albert ).