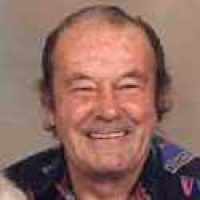 The Life of Gerald Francis

Put your face in a costume from Gerald Francis's homelands.

The Minnesota Woman was the name given to the skeletal remains of a woman thought to be 8,000 years old found near Pelican Rapids. The bones were brought to the University of Minnesota for more study. Later, Dr. Albert Jenks identified them as the bones of a 15 or 16 year old woman. Scientists now recognize the girl as someone whose ancestors were Paleo-Indian and now her skeletal remains have been reburied in South Dakota, not available for further study.
1950

1 English: from the Old French and Middle English personal name Amys, Amice, which is either directly from Latin amicus ‘friend’, used as a personal name, or via a Late Latin derivative of this, Amicius.2 German: of uncertain origin. Perhaps a nickname for an active person, from a Germanic word related to Old High German amazzig ‘busy’. Compare modern German Ameise ‘ant’.