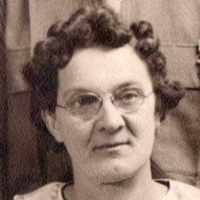 The Life of Olive Roxanne Fay

Put your face in a costume from Olive Roxanne Fay's homelands.

After the explosion of the USS Maine in the Havana Harbor in Cuba, the United States engaged the Spanish in war. The war was fought on two fronts, one in Cuba, which helped gain their independence, and in the Philippines, which helped the US gain another territory for a time.
1907 · Law Passed for Child Employment

The maximum hours for children to work were set to 55 per week.
1916 · The First woman elected into the US Congress

1 English: habitational name from any of the many places so called, from Old English norð ‘north’ + tūn ‘enclosure’, ‘settlement’. In some cases, it is a variant of Norrington .2 Irish: altered form of Naughton , assimilated to the English name.3 Jewish (American): adoption of the English name in place of some like-sounding Ashkenazic name.