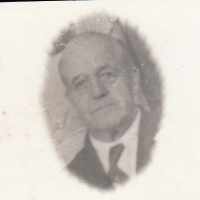 The Life Summary of Xavier

Xavier Grondin was born on 18 October 1877, in Saint-Évariste-de-Forsyth, Beauce-Sartigan, Quebec, Canada as the son of Arthur Grondin and Louise Haman. He married Diana Pomerleau on 2 May 1905, in Saint-Methode-d'Adstock, Frontenac, Quebec, Canada. They were the parents of at least 3 sons and 6 daughters. He died on 28 April 1957, in Saint-Méthode-de-Frontenac, Adstock, Les Appalaches, Quebec, Canada, at the age of 79.

Put your face in a costume from Xavier's homelands.