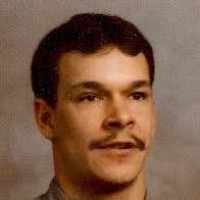 The Life of Bradley Duane

Put your face in a costume from Bradley Duane's homelands.

The Twenty-fourth Amendment prohibits both all the states and Congress from swaying the right to vote in elections on payment of a poll tax or other types of tax.
1965 · University of Colorado Opens

In 1965, George Dwire sold his 80-acre sanitarium to the University of Colorado for $1. This would later be the site where the original campus was built.
1976 · The Copyright Act of 1976