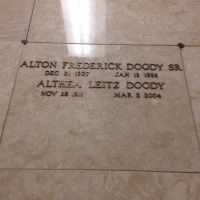 The Life Summary of Althea Elizabeth

Put your face in a costume from Althea Elizabeth's homelands.

German and Dutch: from the personal name Leutz, a pet form of any of various Germanic compound names formed with liut ‘tribe’, ‘people’.