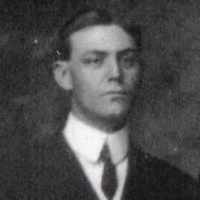 The Life Summary of James Warren

Put your face in a costume from James Warren's homelands.

Scottish: habitational name from either of two places in Dumfriess called Kirkpatrick or any of various other places in Scotland, all so named from the dedication of their church to Saint Patrick. The Scottish word kirk sometimes replaced Gaelic cill ‘church’ in placenames; compare Kilpatrick .

As written down by Eldred Odessa Kirkpatrick (Brown) prior to her passing. A scanned image of the writing will be uploaded as well. The Indians were on the warpath when Mrs. Sarah Olive Kirkpatric …