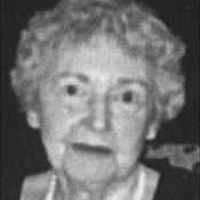 The Life of Myrtle Alice

Put your face in a costume from Myrtle Alice's homelands.

1 English (Lancashire) and Scottish: habitational name from any of various places so called. Most, including those in Cambridgeshire (formerly Huntingdonshire), Cleveland, Derbyshire, and Shropshire, get the name from Old English hyll ‘hill’ + tūn ‘enclosure’, ‘settlement’. Others, including those in Cumbria and Dorsetshire, have early forms in Hel and probably have as their first element Old English hielde ‘slope’ or possibly helde ‘tansy’.2 English: some early examples such as Ralph filius Hilton (Yorkshire 1219 ) point to occasional derivation from a personal name, possibly a Norman name Hildun, composed of the Germanic elements hild ‘strife’, ‘battle’ + hūn ‘bear cub’. The English surname is present in Ireland (mostly taken to Ulster in the early 17th century, though recorded earlier in Dublin).