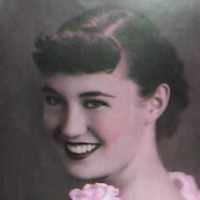 The Life of Marie Isabelle

Put your face in a costume from Marie Isabelle's homelands.

Like most of the country, the economy of Texas suffered greatly after the Stock Market Crash of 1929. Thousands of city workers were suddenly unemployed and relied on a variety of government relief programs; unemployed Mexican citizens were required to take one-way bus tickets to Mexico.
1937 · The Neutrality Act

Irish: shortened Anglicized form of Gaelic Ó hAnradháin ‘descendant of Anradhán’, a personal name from a diminutive of ánrad(h) ‘hero’, ‘warrior’, ‘champion’, a title denoting the nobleman next in rank to the king in medieval Ireland. The title was also used to denote court poets of the second rank.