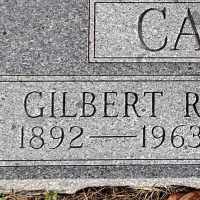 Put your face in a costume from Gilbert Roy's homelands.

Like the Boy Scouts of America, The Girl Scouts is a youth organization for girls in the United States. Its purpose is to prepare girls to empower themselves and by acquiring practical skills.
English, Scottish, and northern Irish: habitational name from any of several places in England and Scotland, variously spelled, that are named with Old English cald ‘cold’ + well(a) ‘spring’, ‘stream’. Caldwell in North Yorkshire is one major source of the surname; Caldwell in Renfrewshire in Scotland another.