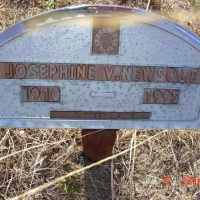 The Life of Josephine Victoria

Put your face in a costume from Josephine Victoria's homelands.

Like the Boy Scouts of America, The Girl Scouts is a youth organization for girls in the United States. Its purpose is to prepare girls to empower themselves and by acquiring practical skills.
1916 · Anthony Crawford Lynched

South Carolina native, father to 13 children, and a local farmer, Anthony Crawford, is lynched on October 21, 1916, in Abbeyville, South Carolina. The lynching is followed after Crawford has an arguement with a white storekeeper.
1935 · The FBI is Established