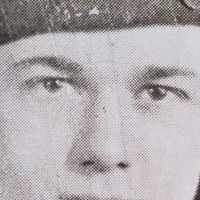 President William McKinley was shot at the Temple of Music, in the Pan-American Exposition, while shaking hands with the public. Leon Czolgosz shot him twice in the abdomen because he thought it was his duty to do so. McKinley died after eight days of watch and care. He was the third American president to be assassinated. After his death, Congress passed legislation to officially make the Secret Service and gave them responsibility for protecting the President at all times.
1905 · Squaw Mountain Fire Lookout

In 1905, a fire lookout tower (among the first of its kind) was constructed in Piscataquis County on Squaw Mountain. Due to Maine's abundance of lumber and paper mills, it was essential that a system be developed to help spot fires as quickly as possible.
1916

"During a deadly heat wave, thousands of residents were at the seaside resorts of Jersey Shore. Between July 1 and July 2 of 1916, five different people were attacked by sharks, and four of them ultimately died. Scientific knowledge about sharks was limited at this time, so these tragic incidents started a wave of ""shark panic"" that was spread by telephone calls, letters, newspapers, and other media."

English: unexplained.1. Possibly a Huguenot name, a variant of Gargis , which is an altered form of Garrigus , an Anglicized form of French Garrigues . 2. Alternatively, it may be a variant of Scottish Harcus .