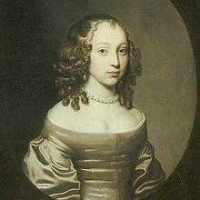 King James Stuart II of England And VII of Scotland