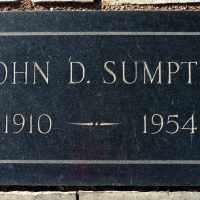 The Life of John Duart

Put your face in a costume from John Duart's homelands.

Like the Boy Scouts of America, The Girl Scouts is a youth organization for girls in the United States. Its purpose is to prepare girls to empower themselves and by acquiring practical skills.
1919

English: occupational name for a carrier, from Middle English sum(p)ter ‘(driver of a) pack animal’.