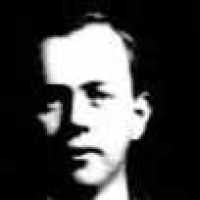 The Life of Charles Lee

Put your face in a costume from Charles Lee's homelands.

When the boll weevil threatened most the Mississippi Delta, it put the state’s cotton crop in peril. By the time the boll weevil reached Mississippi it had already destroyed four million bales of cotton. This added up to $238 million at the time or about 6 billion in present day. The boll weevil depends on cotton for every stage of its life.
1917 · Women Given the Right to Vote in New York

Voters in New York approve a bill giving women the right to vote. This is passed three years prior to the 19th amendment to the U.S. Constitution which allowed women to vote nationwide.
1919 · The Eighteenth Amendment

1 English: from Middle English not(e), nut ‘nut’; either a metonymic occupational name for a gatherer and seller of nuts, or a nickname for a man supposedly resembling a nut (for example in having a rounded head and brown complexion).2 Irish: reduced form of McNutt 1.3 North German: nickname for an industrious person, from Middle High German nutte ‘useful’, ‘efficient’.