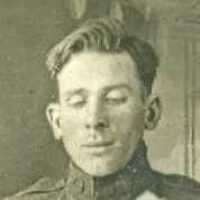 The Life Summary of John Frank

Put your face in a costume from John Frank's homelands.

The family name is really Holbein, not Holderbein. It got changed somehow after they left Germany and went to Russia as sharecroppers. That did not work out too well, so in six years they came to Nort …