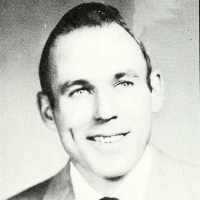 The Life of Paul Meredith

Put your face in a costume from Paul Meredith's homelands.

Kansas was part of the Dust Bowl during the great depression of the 1930's.
1947 · The Presidential Succession Act

Scottish and English: occupational name for a maker of knives or of nails, from Middle English knyf ‘knife’ or nayl ‘nail’ + smith ( see Smith ).