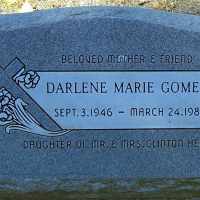 The Life of Darlene Marie

Put your face in a costume from Darlene Marie's homelands.

The Central Intelligence Agency was created because the U.S. government had need for a group to help detect and subdue any potential threats to the nation.
1958 · The First U.S. Satellite in Space

1 Swiss German: topographic name for someone who lived by a hedge or enclosure, variant spelling of Hägler ( see Hagler ).2 South German: from Middle High German hagen ‘breeding bull’, an occupational nickname for the owner of such an animal.3 North German: habitational name for someone from Hegel near Oldenburg.

There are no historical documents attached to Darlene Marie.