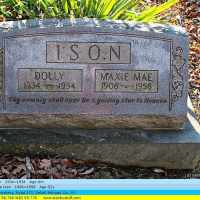 The Life of Maxie MAY

Put your face in a costume from Maxie MAY's homelands.

Named after James B. McCreary a Confederate war hero and two time Governor of Kentucky McCreary County was created in 1912.
1920