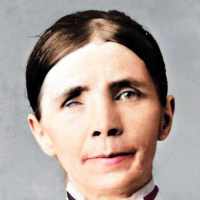 “Emma, Eliza, and their mother [Ann Perkins] were fine seamstresses. They had made their living in England sewing for the gentry. They evidently lived comfortably and were able to save money to come t …