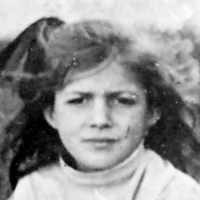 The Life of Hildegarde Marie

Put your face in a costume from Hildegarde Marie's homelands.

A law that funded many irrigation and agricultural projects in the western states.
1913 · The Completion of the Keokuk Dam

Swiss (Romansh): from Latin accola ‘neighbor’, ‘inhabitant’ (from accolere ‘to live near’). In medieval Latin accola also meant ‘tenant (farmer)’, which is probably the principal sense of the name.