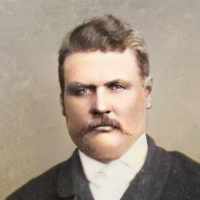 The Life Summary of Delveret Elisha

Put your face in a costume from Delveret Elisha's homelands.

(Note: When Emily wrote this story she often included her personal memories of her grandmother, Orilla. I have encased these with quotation marks to delineate them. In addition, I have added a few det …