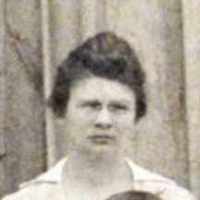 The Life of Lera Mae

Put your face in a costume from Lera Mae's homelands.

After the explosion of the USS Maine in the Havana Harbor in Cuba, the United States engaged the Spanish in war. The war was fought on two fronts, one in Cuba, which helped gain their independence, and in the Philippines, which helped the US gain another territory for a time.
1907 · Boll Weevil Destroys Most the Cotton Crop

When the boll weevil threatened most the Mississippi Delta, it put the state’s cotton crop in peril. By the time the boll weevil reached Mississippi it had already destroyed four million bales of cotton. This added up to $238 million at the time or about 6 billion in present day. The boll weevil depends on cotton for every stage of its life.
1916 · The First woman elected into the US Congress