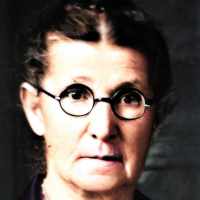 English (northern): topographic name for someone who lived by a grove, from Old Norse lundr (see Lund ).

Elizabeth Lunt Batchelor was the daughter of Edward and Harriet Wood Lunt. She was born in Willenhall Staffordshire, England, Dec. 16, 1848. Her parents, three brothers, and herself emigrated to Ame …