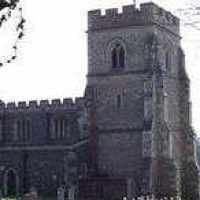 The Life Summary of Rose

When Rose Bond was christened on 29 January 1574, in St Stephen Walbrook with St Benet Sherehog, London, England, United Kingdom, her father, George Bond, was 40 and her mother, Winifred Leigh, was 34. She married William Hall Or Hale 1st Hale Esquire on 23 February 1595, in St Olave Old Jewry with St Martin Pomeroy, London, England, United Kingdom. They were the parents of at least 7 sons and 4 daughters. She died on 31 July 1648, in King's Walden, Hertfordshire, England, at the age of 74, and was buried in King's Walden, Hertfordshire, England.

1585 · The First English Colony is Established in America

England established its first colony in North America in 1585 as a way to generate additional wealth. The colony was named Virginia, after the virgin Queen Elizabeth I.

1587 · Elizabeth I Signs Death Warrant for Mary, Queen of Scots

The Honourable East India Company, a British joint-stock company, was established in 1600 for trade in the Indian Ocean region. At its height, the British East India Company had a private army which was twice the size of the British Army, ruled large sections of India, and revenues in the millions.