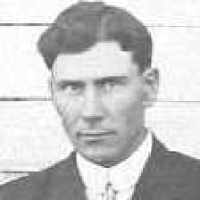 The Life of Oscar Henry

Put your face in a costume from Oscar Henry's homelands.

English: habitational name from places called Harwell in south Oxfordshire (formerly part of Berkshire) and Nottinghamshire. The former was named in Old English as ‘spring or stream by or from the gray one’, from Hāra ‘the gray’ (here referring to a certain hill) + wella; while the latter was named from Old English hēore, hȳre ‘pleasant’ + wella ‘stream’.