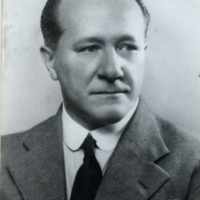 The Life of Lars Bertel Rudolf

When Kemigraf Lars Bertel Rudolf ÖBERG was born on 24 August 1887, in Stockholm, Stockholm, Sweden, his father, Johan Albert Öberg, was 35 and his mother, Johanna Gustava Westin, was 39. He married Olga Cecilia FORS on 10 June 1916, in Turku, Turku ja Pori, Finland. They were the parents of at least 2 sons and 2 daughters. He died on 30 August 1942, at the age of 55.

Put your face in a costume from Lars Bertel Rudolf's homelands.

Union of Norway and Sweden dissolved.