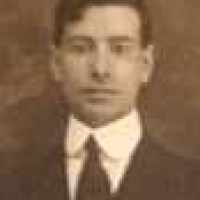 The Life of Antonio Agostinho

When Antonio Agostinho de Freitas was born on 13 September 1893, in Santa Maria, Azores, Portugal, his father, Antonio de Freitas Cabral, was 30 and his mother, Maria Augusta Cabral, was 23. He had at least 1 son and 3 daughters with Filomena Coelho Tavares. He lived in Judicial Township 17, Fresno, California, United States in 1930. He died on 19 April 1964, at the age of 70.

Put your face in a costume from Antonio Agostinho's homelands.